Florida has a great governor – should we try our luck by betting on him as president?

Now that Donald J. Trump has announced his much-anticipated 2024 presidential run, all eyes are on the Republican primary – and Trump’s presumed showdown with Florida Governor Ron DeSantis. While DeSantis has not stated that he intends to run yet, it’s reasonable to speculate that he would very likely throw his hat in the ring considering his popularity and wildly successful re-election in Florida this month.

Governor DeSantis will, in all likelihood, make an excellent presidential candidate one day, and he may even be a great vice president for Trump. But if the choice is between the two men for 2024, Trump is the clear winner. To start with, he has the experience – and I don’t mean run-of-the mill political experience.

Donald Trump was a political outsider and, before he became our 45th president, he was (and still is) a successful businessman and a billionaire. When he came down the escalator on that fateful day back in 2017, he went into battle with establishment politicians who made it clear to the world that they wanted him gone. These cronies – from both parties, although the Democrats and the left did their worst – have worked together with the media to smear and attack the man relentlessly ever since. And they will never let up, because Trump pulled back the curtain to reveal corruption that cannot be unseen. He showed the American people that our elected politicians, who are supposed to be working for us, are doing the exact opposite. He shook DC to its core, even if he didn’t “drain the swamp” – yet.

You don’t have to be the smartest guy in the world to figure out that if an elite and powerful group of people in DC, corporate America, and the media hate someone this much, he must be upsetting the status quo. That’s exactly what drew millions of voters to rally around Trump in the first place.

I acknowledge and respect Ron DeSantis’ military background, and he is an American hero for his service – but in this world, there are different kinds of battles, and I do not think anyone can go up against the career politicians the way Trump can. I don’t even believe anyone else would be willing to. DeSantis, who is still young and fairly new to politics himself, has already garnered support from several establishment RINOs (Republicans In Name Only). He would be like a sheep thrown to the wolves in DC. That is precisely where the kind of experience that Trump has is needed, now more than ever.

Then there is the critical issue of geopolitics and foreign affairs. Trump’s foreign policy and America First plan were like no other, and it’s doubtful to be replicated under anyone else. There were no new wars during his term. He achieved peace in the Middle East and was able to communicate and cool tensions with Kim Jong-Un. He negotiated to free Christians in North Korea and prioritized not only American religious freedom, but religious freedom worldwide. Perhaps most importantly, Trump stood up to China – a country that continues to be our biggest threat.

Finally, the American economy was strong under Trump. After the soaring inflation under Biden, his war on American pipeline jobs and the unconditional aid to Ukraine (which is already supported by only half of Americans, a number that is likely to shrink as it wears on the US economy), we desperately need someone like Trump to turn our economy back around – and I don’t think anyone but him would be able to achieve that.

As governor of Florida, DeSantis has done an extraordinary job securing his state’s rights and security, and we need men and women like him to govern states across America. Good, freedom-loving governors keep states safe from federal overreach, and we need many more of them at this perilous time. That became apparent following Covid and the slew of excessive executive orders that the Biden administration keeps cranking out (along with a never-ending state of “emergency”). DeSantis surely understands protecting states from big government and its significance at this juncture. Is he willing to just as soon abandon Florida for the Oval Office?

For 2024, Republicans don’t want to take a gamble with a great governor who may make a great president. We have suffered under the Biden regime. So no, I do not agree with some of the loud media establishment GOP calling for “fresh blood” to replace Trump. I want a sure thing. With Trump, there may not be a guarantee that he will not say outrageous things. He most likely will continue to ruffle feathers of every kind. And I understand the sentiment some conservatives have about his verbal attacks on DeSantis and others. But these are shallow concerns. Unkind words do not tear a nation down – weak or compromised leaders do that. Trump has proven himself to be far from weak and has shrugged off attempts to compromise him. It helps that he doesn’t need GOP establishment funding.

Regardless of partisan politics, America needs and deserves a president in 2024 who will make the US energy-independent again, secure our southern border, negotiate with world leaders, and keep America out of war. We deserve a tried and tested leader who can push back against the UN and WHO, and other entities that seek to encroach upon our nation’s sovereignty. We need someone who made America great once before, and can rescue what is currently a sinking ship. I don’t have confidence anyone but Donald Trump can do this. And if we’re extra lucky, we could – just maybe – get Trump/DeSantis in 2024. 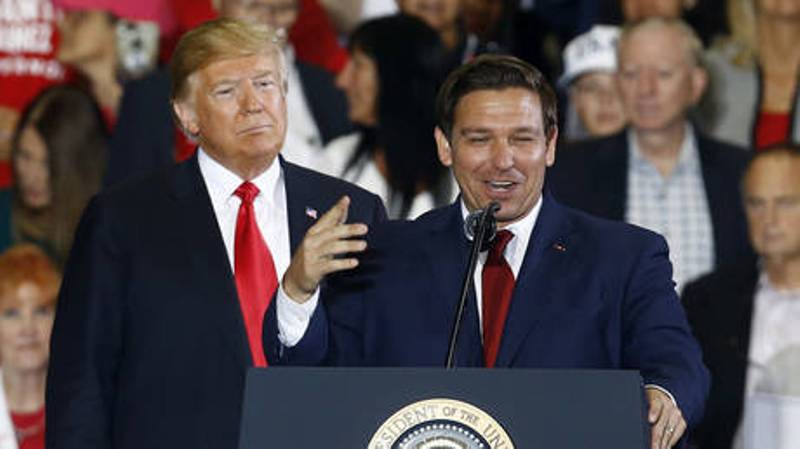 Why America will Keep Accusing Russia and China of ‘Election Interference’