US Troops on the Ground in Ukraine US Troops on the Ground in Ukraine

American troops are on the ground in Ukraine, where they are monitoring NATO arms deliveries to the country, an anonymous Pentagon official told several US media outlets on Monday. It is unclear how many personnel are involved, or where they are located.

Speaking to the Associated Press, NBC News, and other members of the Pentagon press pool, the official said that the contingent of troops is led by Brigadier General Garrick Harmon, the US defense attache to Kiev.

“There have been several of these inspections,” the official told reporters, without revealing where the examinations have taken place. He added that the checks are not happening “close to the front lines,” but where security conditions allow.

The US inspected its arms shipments to Ukraine before Russia launched its military operation in February, but pulled its personnel out of the country days before it began. It is unclear how many troops have returned or when the checks restarted.

The Pentagon official would only say that a “small” number of troops are involved.

The US State Department announced last week that it would allocate “personnel to assist the government of Ukraine with handling…of US security assistance,” although it did not mention that these personnel would be drawn from the ranks of the military. The plan was announced after media reports, citing US intelligence agencies, claimed that Washington could not trace the weapons it sends to Ukraine.

One intelligence source told CNN in April that these weapons disappear “into a big black hole” once they enter the country. The anonymous Pentagon official told journalists that Kiev has been “transparent,” and has cooperated with inspectors thus far.

While Americans have fought and died in Ukraine of their own accord, Monday’s announcement marks the first time since February that Washington has acknowledged the presence of uniformed troops in Ukraine.

Russian President Vladimir Putin has cautioned the US and its NATO allies against getting involved in the conflict, and even before the announcement, he stated that the Kremlin views itself as fighting the “entire Western military machine” in Ukraine. 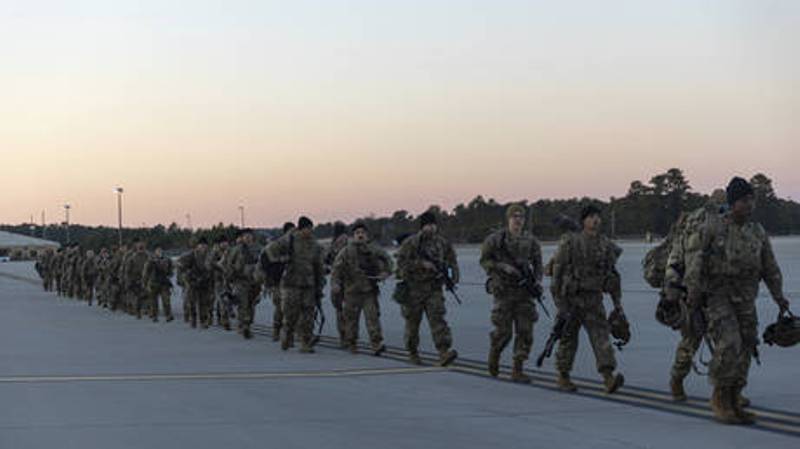