The crypto developer’s body was discovered after apparently being dragged out to sea, a day after he claimed: “They are going to frame me with a laptop planted by my ex GF who was a spy. They will torture me to death.”

In September, he had foreseen his future as being either “suicided by CIA, CIA brain damage slave asset, or the worst nightmare of people who f*cked with me,” having insisted in August if he ended up “framed or shot” it would be “from sheer perseverance by people with infinite time and money to waste.” 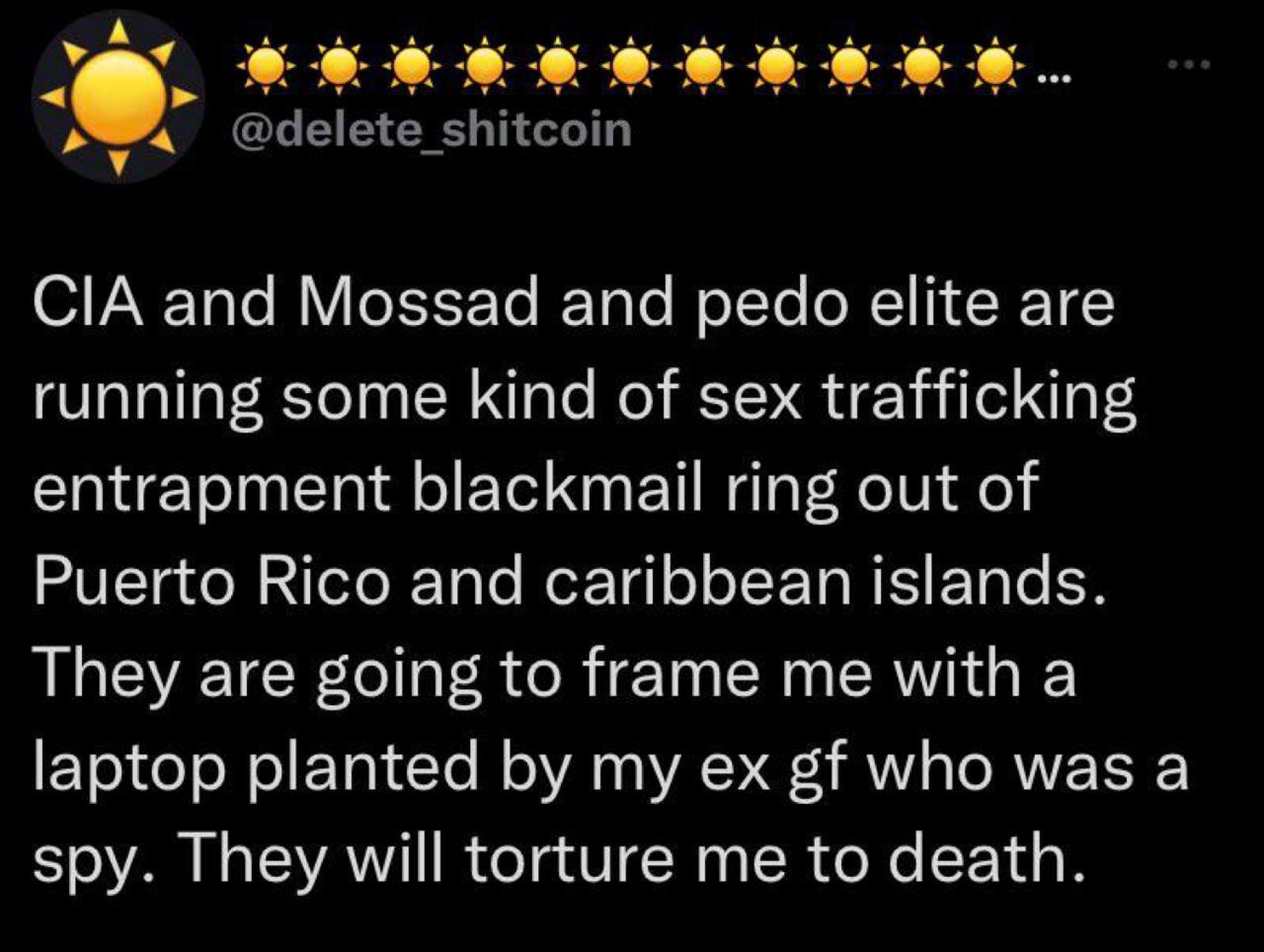