The parent company of Jones’ controversial news site may be looking to limit a massive defamation payout.

Free Speech Systems LLC, the parent company of InfoWars, has filed for bankruptcy. InfoWars host Alex Jones has used similar filings throughout the ongoing defamation trials brought by families of the victims of the Sandy Hook massacre.

Reuters reported the filing on Friday, noting that Free Speech Systems had asked the bankruptcy judge not to request the Sandy Hook defamation trial be paused. The families of the victims suing Jones asked a jury on Tuesday to award them $150 million in damages. The bankruptcy filing is likely aimed at reducing this figure.

Jones made a number of statements implying that the 2012 Sandy Hook Elementary School shooting in Newtown, Connecticut, was staged in order to bring about stricter gun control legislation. He is currently being sued by families of the 26 victims in two separate defamation cases, one in Connecticut and one in Texas, with the latter potentially costing him $150 million when the jury returns its verdict.

InfoWars and two of its subsidiaries, PrisonPlanet TV and Infowars Health, filed for bankruptcy in April and proposed a settlement of $10 million with the plaintiffs. The settlement was rejected, but InfoWars Health and Prison Planet TV dropped their bankruptcy cases after the defamation case was removed from the bankruptcy proceedings.

Even before he was found liable in the two defamation suits, Jones had his reach and revenue stream throttled when he was banned from Facebook, Twitter, YouTube, Apple Podcasts, and other platforms in the space of a month in 2018.

Jones was one of the first major public figures to be ‘deplatformed’ in this manner, a practice that has become more commonplace since and even affected former President Donald Trump in 2021. 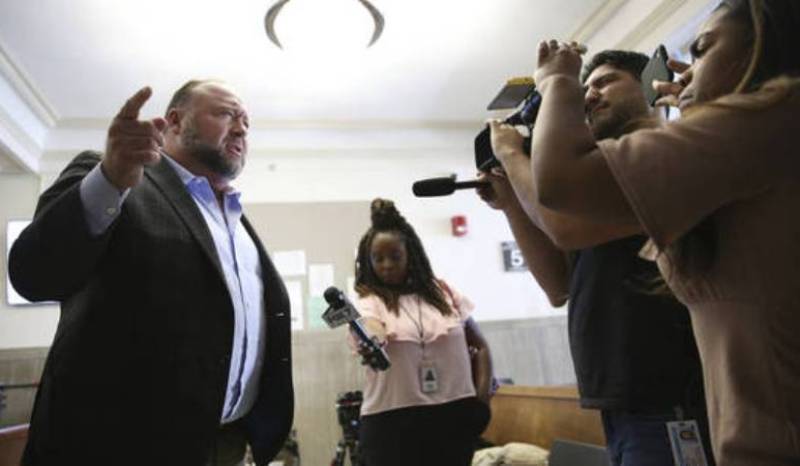