Former US president says agents insisted on having no witnesses during a recent raid on his residence.

More than 30 FBI agents who spent over nine hours at Donald Trump’s Mar-a-Lago residence in Palm Beach, Florida on Monday refused to allow his attorneys or any witnesses be present, the former US president said on Wednesday, suggesting they might have used the opportunity to plant evidence against him.

Federal agents left Trump’s lawyers and Mar-a-Lago staff outside in the 90-degree (33C) heat as they roamed the 128-room estate, even searching the master bedroom and former First Lady Melania Trump’s closet.

“The FBI and others from the Federal Government would not let anyone, including my lawyers, be anywhere near the areas that were rummaged and otherwise looked at during the raid on Mar-a-Lago,” Trump posted on his Truth Social platform on Wednesday.

“Everyone was asked to leave the premises, they wanted to be left alone, without any witnesses to see what they were doing, taking or, hopefully not, ‘planting’. Why did they STRONGLY insist on having nobody watching them, everybody out?” he added.

Trump, 76, delivered the news of the raid himself on Monday evening, saying in a statement that the FBI came unannounced and “even broke into my safe.” He called the operation “not necessary or appropriate,” branding it a “weaponization” of the justice system by Democrats who “desperately” don’t want him to run for president in 2024.

Soon after the Mar-a-Lago raid, the FBI also seized the cell phone of Congressman Scott Perry (R-Pennsylvania), which he said “contains info about my legislative and political activities, and personal/private discussions with my wife, family, constituents, and friends.”

Trump was in New York on Wednesday to deliver a deposition to the state attorney general, a Democrat he’s accused of conducting a “partisan witch hunt” against his company. He reportedly invoked his Fifth Amendment right to remain silent. 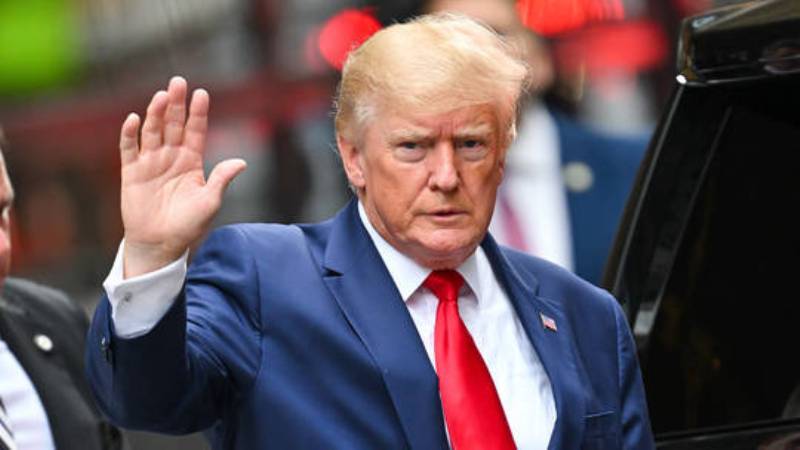