The notorious ‘Kraken’ ultranationalist battalion has been sent to the frontlines after allegedly killing civilians in Kharkov.

Ukrainian forces attempted to assault the town of Belogorovka in the Lugansk People’s Republic, RT correspondent Murad Gazdiev has reported from the scene. The attack, led by the infamous ‘Kraken’ neo-Nazi battalion, was met with a “hail of artillery fire,” he said.

The attack was successfully defeated following close-quarter combat on the outskirts of the town. The Russian troops captured four Kraken fighters after the assault. One of them, identified only as Dmitry, told RT that the morale in the nationalist unit was extremely low and the commanders treated soldiers like “earthworms” by simply “crushing them underfoot” and forcing them to launch attacks.

Dmitry himself was left behind by his fellow fighters during the hasty and chaotic retreat of the ‘Kraken’ battalion from Belogorovka. The man claimed he was part of a Ukrainian Kharkov “territorial defense” unit until it was “merged” with Kraken.

The ultranationalist battalion has been stationed in the north-eastern Ukrainian city for months, Dmitry said. The nationalist might have been sent to Kharkov to keep the city in check, since Kharkov has been traditionally seen as a city with a rather strong pro-Russian sentiment.

According to Dmitry, the nationalists had to frequently change their base locations in the city since the locals have been exposing it and making it public on social media. Eventually, the battalion was sent away to frontlines not far from Belogorovka, some 200 kilometers away from Kharkov.

According to Dmitry, that happened soon after bodies were found in the backyard of one of the battalion’s fighters. The seven bodies discovered in the yard allegedly belonged to civilians killed by a ‘Kraken’ member, Dmitry said. The captive did not elaborate on whether any punitive measures had been taken against the suspected killer. The man called the neo-Nazis “savages” and said he would not “go back” even if Ukrainian forces offered to exchange him for Russian captives.

In late June, the Russian Defense Ministry reported that the Russian forces had killed over a hundred of the Kraken battalion fighters in a series of precision artillery strikes against targets near Kharkov. Russia considers the battalion an offshoot of the notorious neo-Nazi Azov regiment, which saw its fighters surrender in the city of Mariupol in the spring.

Kraken calls itself a special reconnaissance and sabotage unit under the Ministry of Defense, operating separately from the Armed Forces of Ukraine. Moscow has accused the battalion of committing several war crimes since the beginning of the conflict, including the mistreatment of Russian prisoners of war. A video that circulated on the internet showed the neo-Nazis shooting the POWs in the knees and killing them. 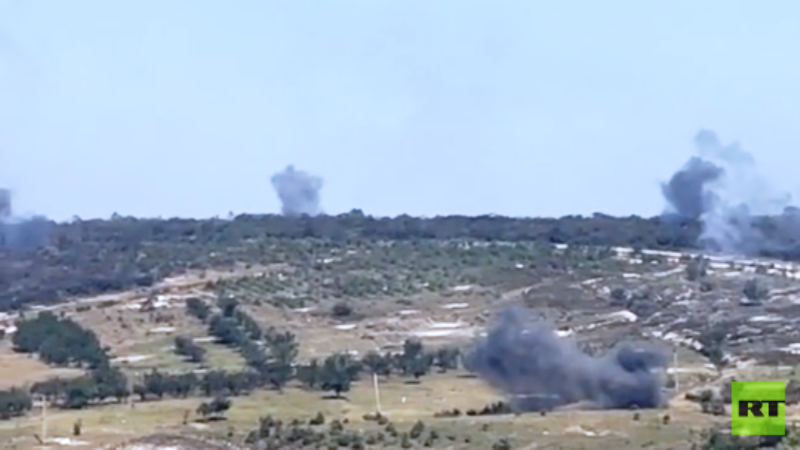