Even Communist China Backs Away From Vaxxine Mandates, But So Called Democratic Countries Like Australia Banned Anyone Who Wasn’t Vaxxinated From Society Last Year Even Communist China Backs Away From Vaxxine Mandates, But So-Called Democratic Countries Like Australia Banned Anyone Who Wasn’t Vaxxinated From Society Last Year

Beijing has reversed course on what would have been the country’s first ruling of its type.

Beijing has ditched a proposed vaccination mandate that would have limited access to public places to vaccinated residents only, the city announced on Thursday, citing public pushback. The Chinese capital had only announced the rule on Wednesday.

Instead of requiring vaccination, Beijing residents can now enter all public venues with a negative Covid test result taken less than 72 hours ago and a temperature check, a city official told state media, adding that the government would continue to promote vaccination on a voluntary informed-consent basis.

Set to take effect on July 11, the policy would have barred the unvaxxed from theaters, museums, cinemas, gyms, training and tutoring locations, while medical staff, community service employees, home furnishing operators, express delivery providers, and conference attendees would not only have to get the shot but also receive a booster to continue in their jobs.

While Li Ang of the Beijing Municipal Health Commission insisted there would be exceptions for those who don’t qualify for vaccination, many other countries whose governments initially promised similar exceptions failed to deliver. Nor would the mandate have gotten rid of the city’s testing rules, which require residents to be tested at least once every three days to enter public spaces.

Residents openly questioned the vaccine’s effectiveness against the Omicron variant on social media and denounced the proposed mandate as an illegal limitation on their freedom. A study conducted in Denmark showed both Pfizer and Moderna vaccines displayed a negative effectiveness against the Omicron variant just three months after being vaccinated, though the scientists did not test any of the Chinese Covid-19 vaccine formulas.

“The reversal shows the power of public opinions,” former Global Times editor Hu Xijin noted on his official Weibo account after the rollback was announced, explaining that while “Chinese society is dominated by government,” they “backed up in the face of a public pushback. That means they accept the public’s view of the vaccine mandate as illegal.”

While 90% of China’s population are reportedly fully vaccinated, the mandate was partially intended to push older residents to get their shots – Beijing’s elderly vaccination rate is above 80%, but the continued reluctance of the remaining holdouts has irritated those who blame the unjabbed seniors for lockdowns and other inconvenient policies associated with the country’s zero-Covid strategy. 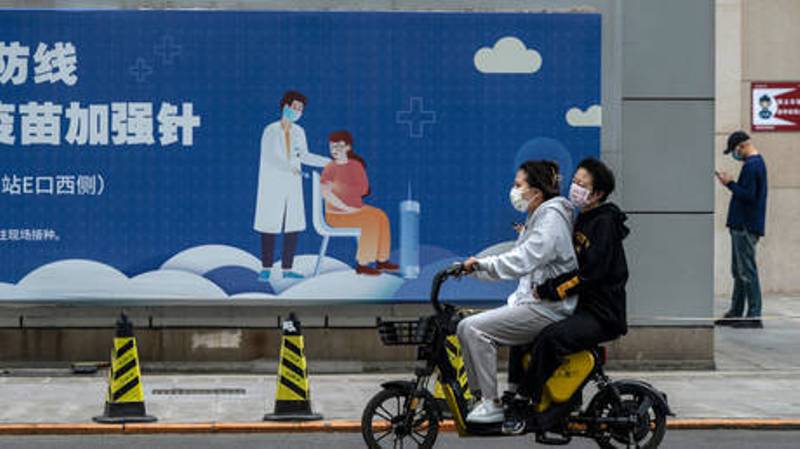