US General Frets Over Chinese Weaponry US General Frets Over Chinese Weaponry

Beijing is acquiring weapons five times faster than the US and at a far lower cost, a Pentagon official has warned.

China is building its arsenal of new weapons five to six times faster than the US and at a small fraction of the cost, gaining a strategic advantage that Washington can’t afford to leave unchecked, a top Pentagon official has lamented.

“In purchasing power parity, they spend about $1 to our $20 to get to the same capability,” US Air Force Major General Cameron Holt said at an industry conference in San Diego. “We are going to lose if we can’t figure out how to drop the cost and increase the speed in our defense supply chains.”

Holt, who oversees all weapons procurement as deputy assistant secretary of the Air Force, made his comments at a conference for federal government contractors last month. The speech came to light this week, however, when an online magazine called the War Zone reported on it.

The general blamed America’s “slow, micromanaged” appropriations system, which was effective during the Cold War, for putting the US at a disadvantage.

“In this environment today, it is absolutely going to kill us,” Holt said.

For example, an inflexible budgeting process requires officers to know four years in advance what kinds of technologies they’re going to need, and they are legally prohibited from making adjustments to spend the money more effectively during the allocation year unless they go through a cumbersome revision process through Congress, Holt said. The system creates “perverse incentives” to spend all the money as quickly as possible within the narrow constraints of how it was budgeted, he added.

The US spends more on defense than the world’s next nine largest military budgets combined.

Americans need to have a sense of urgency about the “great power competition” because China is warring against the international system that was set up after World War II, Holt said. Even as Beijing ramps up its military capabilities, it’s using economic leverage and fighting an information war to help achieve its long-term goals without “force-on-force” confrontation, he claimed.

“They believe that if they can keep their activities short of what we would define as war, I think they can actually achieve all their objectives in flipping the international system to a system of loyalty to the Chinese Communist Party,” Holt said. He added, “They understand where our deep fractures are, and they understand how to work that.”

Chinese President Xi Jinping’s “Community of Common Destiny” foreign policy is “extraordinarily effective” and could reshape the geopolitical landscape over time, Holt argued. “Could it be possible in a day some time from now that we lose Taiwan in a signing ceremony and our own leaders explain to us why that’s a good deal? Or, if you could imagine, years into the future maybe, reunification of the Korean Peninsula… But what if they reunified under Chinese sponsorship instead of US sponsorship? What would that look like?”

The general argued that China’s ambition is “an existential threat to our way of life, to the freedoms that our kids may or may not enjoy.” 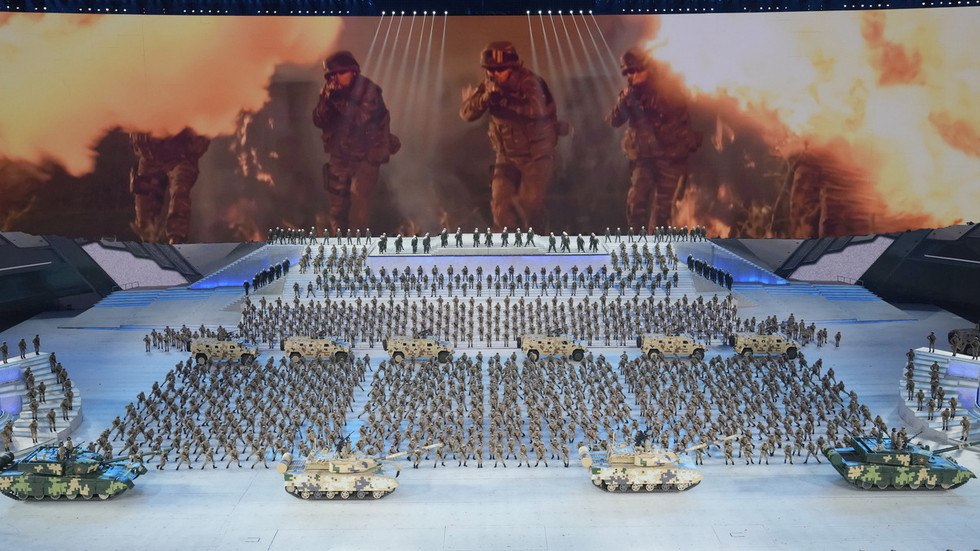