Officials have been debating whether the trend is good or bad for the economy.

The Russian government is divided on how to handle the strengthening ruble, with the Central Bank and Finance Ministry voicing opposing views on whether the current exchange rates should be maintained.

Since its historic drop in early March when unprecedented Western sanctions were unleashed, the ruble has rallied to a seven-year high against the US dollar and the euro. The Russian currency has been bolstered by strict capital controls, soaring energy prices, and the shift to ruble payments for natural gas. However, this has led many experts and officials to wonder whether the government should intervene.

The head of Russia’s Central bank, Elvira Nabiullina, who steered the economy through the fallout from the start of the conflict in Ukraine and the resulting sanctions, warned on Wednesday against weakening the ruble to February levels. Any intervention would make the exchange rates artificial, lead to depreciation, and make Russia more dependent on the financial policies of other countries, she said.

At the same time, the Finance Ministry has been sounding the alarm over the exchange rate, warning that the strengthening ruble is harming the economy. Finance Minister Anton Siluanov said on Wednesday that the strong ruble is costing the Russian budget trillions, and the ministry is ready to take steps to weaken it. He suggested that the government could use the profits from oil and gas exports and savings made from reduced spending to buy foreign currency, adding that Russia could invest in the currencies of “friendly nations,” now that the euro and the dollar are essentially “toxic” due to the sanctions.

The Economic Development Ministry holds a similar view, saying that the strong ruble makes export-oriented businesses unprofitable. However, according to the minister, Maxim Reshetnikov, buying foreign currency with budget savings would hit the economy hard.

Western currency strategists have been skeptical about the rallying ruble, claiming it is being kept artificially high by the government, while the economy is shrinking. Over the past few weeks, the Central Bank has relaxed some of the capital control measures to try and weaken the ruble, but it continues to get stronger. Last month, Bloomberg called the ruble the world’s best-performing currency this year. 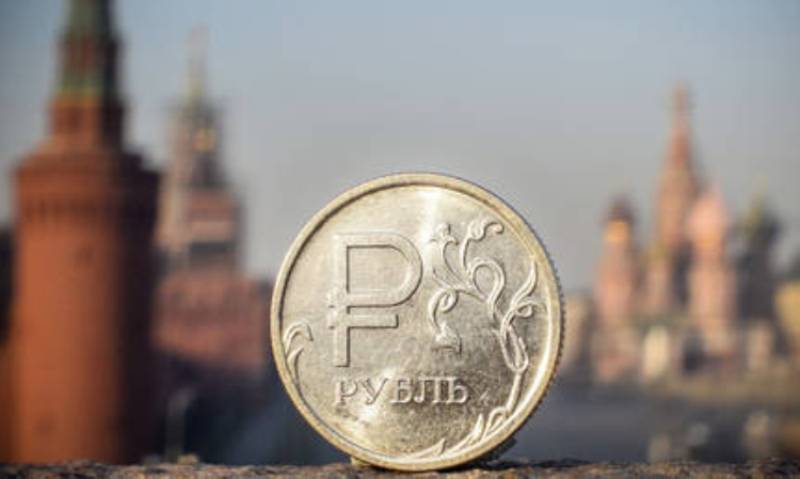